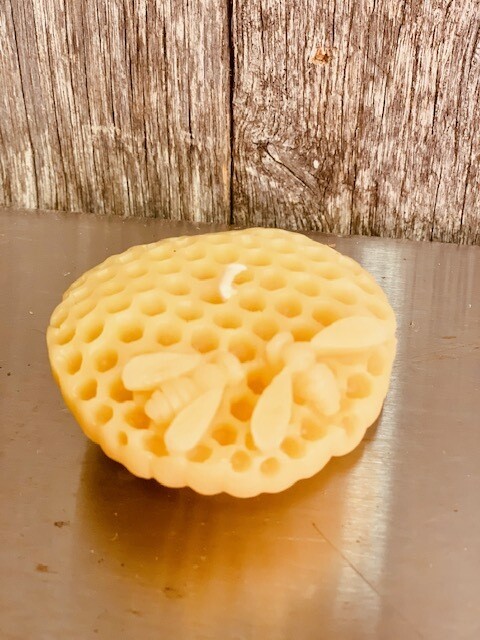 A natural product from our hives, this Honeycomb with bees floating beeswax candle carefully molded from raw beeswax harvested from our colonies.